Last week at Costco, my little cook spotted a super awesome kitchen that I would never ever buy for him. He couldn't take his eyes off of it, and kept asking to go back and look at it. For a second I thought, "Maybe I should get him one on Craigslist." Then I remembered all of the cardboard kitchens I had seen on Pinterest, and decided we could be a little creative and have a lot more fun with it. So I told the little Mr. that if he did a good job then we could make him a kitchen during little brother's nap that afternoon.

He was most definitely on his best behavior! As soon as the little fellow was down, we jumped right in and got to work. We still had a couple of moving boxes left in the garage, and we took them apart and turned them inside out so all of the print would be hidden. Add plenty of clear packing tape, a few old CD's, a couple of milk lids (I'll add more as we collect them, which should only take a few days in this house), some twist ties, and a little paint marker, and ta-da! Instant oven. 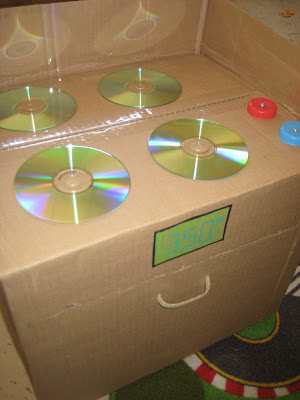 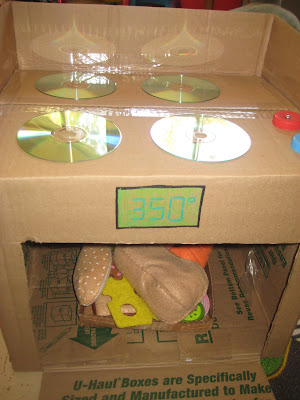 Next we made the sink cabinet. Here are the action shots that my 3-year-old took of the process: 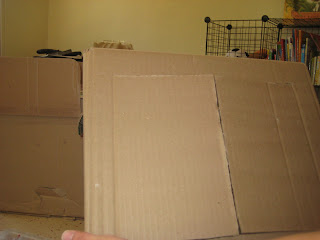 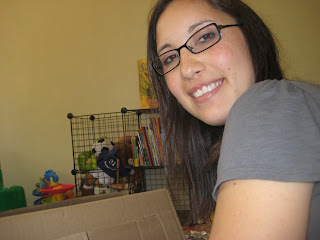 Later we picked up a plastic bowl and a frying pan from the dollar store, and we were all set. 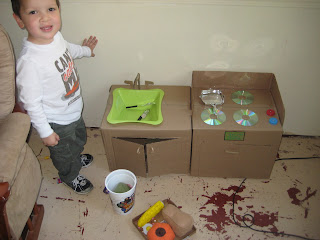 Of course the kitchen was not complete until it had a refrigerator, and my little chef did not let me forget it. Luckily I found two diaper boxes that fit together just right, so we added that to the array the next day. Here is our finished kitchen! 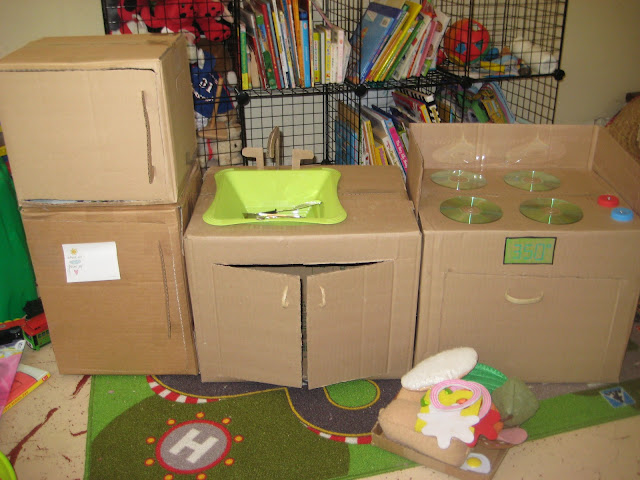 The little Mr., his little brother, and their cousins cooked up a storm all weekend. I would say that my total time investment was maybe an hour, and the total cost was $2, approximately 1/60 of the cost of the fancy new play kitchen. And we love this one more because we made it together.

Many of my product links are affiliate links. What can I say? I have a deep and abiding love for Amazon.com